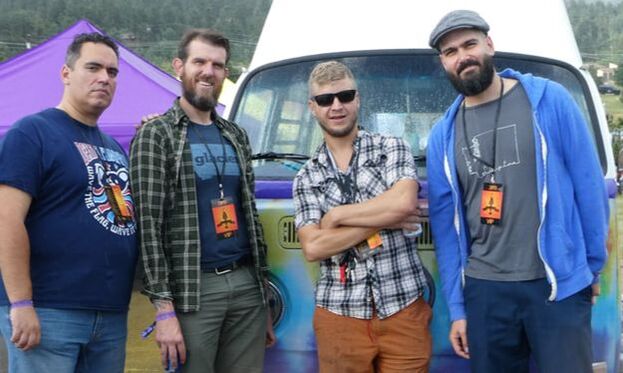 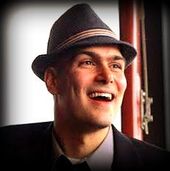 Ben Livneh (Guitar, Vocals)
Ben Livneh is not your ordinary guitarist. He is steeped in the gypsy jazz traditions, but likes to explore other areas in music. His self-taught approach comes through in his chordal melodic technique. With musical roots in the blues, Ben could be considered a traditionalist, but not a purist in his approach. He strives to play by the philosophy in the quote "...now if it sounds good, don't worry about what it is, just go and enjoy it" by the great Louis Armstrong, Ben's central musical influence. 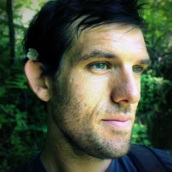 Nick Einterz (Banjo, Vocals)
Nick was born in Indianapolis to a family of singers. Originally, Nick aspired to sing professionally but later developed a three-finger technique on both guitar and banjo that often sounds classically influenced. His sense of melody delivers catchy lines over the band's swing, waltz, and Americana rhythms. Aided by a singer's ear, Nick attacks notes fervently and cleanly, exposing a crisp, elegant smooth sound of the banjo that is unique and refreshing rounding out the sound of Paper Moonshine. 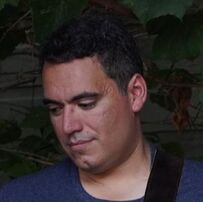 Joseph Kasprzyk (Bass, Vocals)
Joseph was born in Pennsylvania, home of the polka.  He learned how to play piano at the age of 5, and picked up the guitar and bass in high school, playing in multiple genres ever since.  As Paper Moonshine's bassist he seeks to provide a solid foundation to the music, also improvising and adding new experimental sounds to the group's diverse palette.  His myriad musical influences include punk rock music, folk and classic rock, as well as jazz and bluegrass.  Joseph also has a passion for recording and composing music and enjoys working with the band to create recordings. 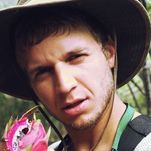 Steve Lach (Drums, Vocals)
Steve is a self taught drummer from a non-musical gene pool. His father played one album of "The Who" but rarely, and music to his mother "stresses me out". None the less, he and his brother formed a punk band in middle school evolving to hardcore in high school (still has a double bass pedal to prove it) till his ear matured playing funk in college, jazz afterwards and now a softer tone with folk tunes in Colorado. His style is simple and catchy with the firm belief that "if you can dance, you can play the drums"...and let it be known Steve is a very, very good dancer. 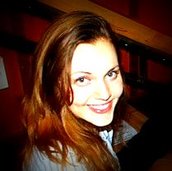 Maggie Tharp (Vocals)
Maggie has been singing for as long as she can remember. Growing up in a musical household in Durham, N.C., she started classical piano lessons at the age of 6 and soon learned to accompany her voice on the keys. In college she studied voice and piano, focusing on classical & jazz. At UNC-Chapel Hill, where she received her degree, she was involved in a student a capella group and jazz combos. Maggie previously headlined the band Maggie & The Romantics, which she formed with two like-minded musicians in Western North Carolina. In addition to providing vocals for Paper Moonshine, Maggie wrote music and lyrics, influenced by folk, latin, jazz and indie rock music. 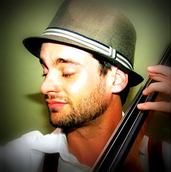 Owen Tharp (Bass)
Owen is a musically versatile upright bassist born in Knoxville, Tenn. Owen started playing electric bass at the age of 11, after receiving his grandfather's instrument. He studied classical and jazz guitar at East Tennessee State University, and focused on upright bass when he transferred to Western Carolina University, where he graduated with a degree in Commercial and Electronic Music with a concentration in bass performance. Owen has recorded with many talented artists, including indie rock singer-songwriter Mike Murray and blues artist Cassie Taylor. His musical experience runs the gamut, from jazz to classical, theater to rock, and much more. In Paper Moonshine and all his musical projects, Owen strives to provide a new and innovative approach to bass music. 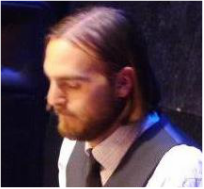 Joe Hecker (Drums)
Joe Hecker was born into a musical family. His grandfather, a jazz pianist who played in big bands his entire life, was a big influence on Joe's interest in jazz. His father is a bassist and continues to play blues and rock to this day. Joe learned to play drums by jamming with his father and friends starting around the age of 12. His first instrument was the trumpet, which he played throughout middle school, soon switching to to the drums to play in rock bands in Southern New Mexico. In his early 20's, Joe began studying jazz with drummer Louie Speaking Eagle. He toured with the DAMN Union, an Americana band, on a national tour and played in most U.S. states in 2013. He moved to Denver to pursue a more jazz/funk influenced style of playing and writing and plays jazz, blues, funk, rock and Americana. While in Denver, he played with many artists in the area, including Casey Cormier, John Austin, Toney Rocks, Mike Gales (P-Funk), and Jazz Trumpeter Doug Jackson.